Celebrities always try to put their best foot forward in terms of fashion and style. But those iconic looks don’t just appear out of thin air. They are the work of an entire team often led by a stylist. Hours and hours are spent pondering over how to bring a look together. From the minute details, like nail color to the major ones like hairstyle, a lot goes into a well-formed look.

The stylists who work with celebrities are often exclusive to working with the stars. They might have their own salons or styling parlors available for the public but some top names usually devote most of their time to several leading celebrities. Then some take appointments from the public too.

If you are looking for one, we have got you covered. Here is the best celebrity stylist list to keep on your radar in 2022 and beyond.

Law Roach is popular for having a collection of archival pieces of iconic couture that he has collected throughout the years and often dresses his own celebrity clients in them. His looks are known for being well-researched and inspired by some iconic moments in the history of fashion.

In 2021, The Hollywood Reporter named him the “most important fashion stylist”. Moreover, Zendaya took the trophy for Fashion Icon at the CFDA in which she heartily thanked Law Roach for being the hand behind her sartorial choices.

Mimi Cuttrell has a dream clientele list with some of the most popular girls of pop culture as her muses. She has styled pop icons like Gigi Hadid, Ariana Grande, Normani, Dixie D’ Amelio, Addison Rae, and more.

As Mimi collaborated with Gigi for some fashion looks, one of the most popular hashtags called #styledbymigi took over social media. The celebrity stylist divides her time between New York and LA. Cuttrell is the hand behind Ariana’s fun and sexy looks on The Voice, as well as Gigi Hadid’s chic and classy street style.

Her unique and exotic mixture of funky and chic is what sets her apart in the crowd as a favorite stylist for the young stars of today.

Laura Sophie Cox is a British celebrity stylist. She started her career in London but eventually moved to New York and is currently placed in LA. Her star-studded list of clientele includes the likes of Emma Watson, Olivia Rodrigo, Natalia Reyes, Jacqueline Toboni, Luna Blaise, and more.

This comes as no surprise since Cox is a strong supporter of sustainable fashion just like Watson on her client list. She has incorporated innovative and conscious style choices in her created looks.

She is often seen collaborating with other sustainable designers like Ana Katarina. Her focus is on promoting eco-friendly and vintage fashion on the red carpet. Laura Sophie Cox has a sustainable jewelry and sneaker collection in the works as well.

In 2017, Reilly ranked 10 in the Hollywood Reporter’s ‘Most Influential Stylists in Hollywood’ list. She has a career spanning over a decade and has become a go-to name for some of the top celebrities. From Hailey Bieber to Megan Fox and Ciara, she has turned young artists into fashion icons.

Maeve Reilly has worked with brands like Pepsi, Disney, and Covergirl. Hailey Bieber is largely hailed as the celebrity with the most coveted and copied looks – all thanks to Reilly. The stylist has a pattern of creating looks with a combination of sultry and modest. The looks are contemporary and made to function for all areas of life such as dinner, date night, casual outing, etc.

Only a few pop stars have the kind of charisma that Dua Lipa currently holds. As Lipa’s album “Future Nostalgia” hit unimaginable fame, the pop icon was shot to the limelight at the center of the world’s stage. As such, her looks and fashion choices are scrutinized everywhere. And she didn’t disappoint one bit.

Lorenzo Posocco is the mind behind those iconic looks. From campaigns and concerts to on-stage performances and red carpets, Posocco has helped Lipa climb the ladder to become the fashion icon for youth today. The stylist hails from Italy and has a penchant for mixing contemporary couture with vintage clothing.

Posocco styled Dua Lipa at the Brit Awards 2021 and for her hit appearance at Saturday Night Live. He also styles Troye Sivan among other celebrities.

A well-formed look can certainly elevate your personality. Now you know where to take inspiration from when putting together your looks for your next big event. Don’t forget to mention your favorite look by a celebrity stylist in the comments. 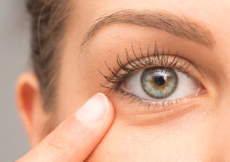 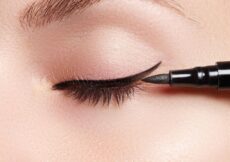